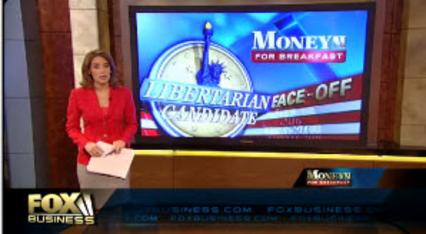 From tax reform to "fake news" the Trump Administration has kept news programs busy and it takes creativity to not get the same old talking heads. Here two of America's best known reality stars and businessmen as well as a leading media exec weigh in on the two issues. 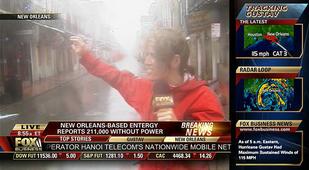 This was the first hurricane to target New Orleans since the destruction of Katrina in 2005 and became a national story and "Money for Breakfast" was live on the scene.

watching the war on terror

In the Eye of the Storm

The day before Gustav hit  New Orleans -- amidst weather predictions tracking the storm as a deadly Category 4 -- "MFB" hit the streets of New Orleans talking to National Guard troops about evacuation procedures and security concerns as well as a crisis management executive with Starwood Hotels to discuss the emergency plans and impact on business Hurricane Gustav was placing on the hospitality company's hotels in New Orleans and the entire Gulf Coast regions. Then the storm hit, watch our then "live" coverage below. 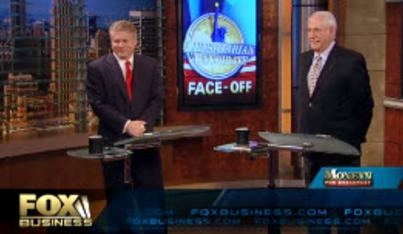 Just as Sen. Obama was about to capture the Democratic Presidential nomination he sat down with CNN, Bloomberg TV and FBN in Pittsburgh. We knew we had to do something different to break from the back. We'll let the TV Newser web site and the clip itself take it from here

One-on-one with obama - the word game

Hurricane Gustav was the second most destructive hurricane of the 2008 Atlantic hurricane season, causing $8.3 billion in damages and casualties in Haiti, the Dominican Republic, Jamaica, the Cayman Islands, Cuba and the United States.

In 2004, "Money for Breakfast" wanted to talk to ALL the candidates about their economic policies. That decision led to the first televised Presidential "Face Off" (due to FEC / FCC rules we could not call it a debate) for the Libertarian Party. We invited all the candidates As a Libertarian candidate, Gravel faced resistance to his liberal past and unorthodox positions;[182] neverthele Congressman Bob Barr of Georgia, author Mary Ruwart, businessman Wayne Allyn Root and Sen. Mike Gravel of Alaska. All except Ruwart accepted and Barr ran into travel problems and missed the show. But it was a spirited hour as you can see by clikcing the image above.

The military action in the Middle East as well as the war on terror after several long years also have become an economic issue and "Money for Breakfast" and "Closing Bell" covered all the angles from Wall Street to Pennsylvania Avenue with coverage like the clips above.