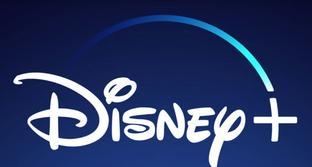 Lately we’ve been inundated with a new wave of “plus” products. This week we saw Apple introduce, its new video streaming service “Apple TV +” as well “Apple News +” sort of a digital newsstand. Both were heralded with much fanfare.

In the months ahead more trumpets will sound for “Disney +” another video streaming service which will prove that more is more. It will offer content from the Magic Kingdom to the Marvel Universe to the Star Wars Empire. With Disney’s recent deal for one of Hollywood’s legendary studios, 20th Century Fox, Disney may have enough content for two services. Can “Disney + Plus” or “Disney Plus Plus” be far behind?

The usually brilliant marketers at Disney clearly believe the “+” branding works. Its celebrated 24 hour sports network, ESPN, in an attempt to stem the horde of cost cutters launched “ESPN+” last year and already has more than two million subscribers paying either $4.99 per month or $49.99 annually for its UFC matches, MLB, NHL and MLS games as well as golf, tennis and original series such as Detail with Peyton Manning   and LeBron James’ More Than An Athlete.

However, Brandwatch also says that a new name should “be unique to your industry.”

​Well Apple TV + and Disney + are both in the streaming game. So that rule is broken. Yes, I can hear the Disney and Apple acolytes now, “we make our own rules.” Yes, yes. We know.  Still, new products and what they are called should generate excitement because excitement generates sales.

Take Netflix. Flicks (a nickname for when movies “flickered” in dark theaters”) on the Net – hence Netflix. Very cool it was an easy sell from the get go.

​​In the case of “Apple News +” you have to wonder if today news needs a “plus” -- doesn’t the news sell itself? How about Apple Newstand or Apple’s Journalism Joint?

It is a fairly safe bet that despite what I see as a minus with the word plus in these new products, success is a likely outcome. It is guaranteed, right. Just ask the folks at social media hub Google+  . . . . they are probably reachable on Facebook.

All past blogs available by clicking the LinkedIn logo

The success of new products can be like catching lightning in a bottle – as long as it is not a bottle of “New Coke.”

But Disney and Apple are viewed as two of the most innovative and creative companies of the modern era. Can’t they dream up better monikers than “plus” ?

The brains at Brandwatch have five rules for naming new products. They say new products should be “short, punchy and memorable.” The “plus” names are short and the main brand names are certainly  memorable.

We live in a “plus” society.

This is better than living in a “minus” world. Who wants to live where things are being constantly removed or subtracted?

Apple has been in the “plus” business for a while. Every generation of iPhone for the last few years has had a “plus” edition. The recent iPhone 8 and its partner the iPhone 8 Plus (here Apple chose NOT to go with “+” unlike its video or news service) challenged the “plus” concept. By most accounts the only major differences between the two is that the iPhone 8 has a smaller 4.7-inch Retina display and single-lens camera setup, while the iPhone 8 Plus has a larger 5.5-inch Retina display and dual-lens system.

Not much of a plus really.

Still the “plus” push has worked for Apple. So much so that Motorola, a far smaller player in the mobile phone world, with its Moto line of phone decided to start adding “plus” to some of its handsets such as the “E5 Plus” and the recent “G7 Plus.”

It costs millions to launch a new brand and deep pockets don’t ensure success. Any longtime Apple employee can share with you the raging success of The Newton. Or maybe the folks at Frito-Lay can regale you with tales of Cheetos Lip Balm. In the hallways of McDonald’s employees still recoil at the mention of the Arch DeLuxe.  .

Plus has the air of positivity, where things are added to and increased. People always want more not less.

And more of plus or “+” is what we are getting.

​>> "Listen" for the Next Great Thing

​>> How George Bush Changed Political Coverage and One Reporter's Career

​>> Jefferson Must Have Been An Idiot